Will David Beckham Ever Need a Hair Transplant? 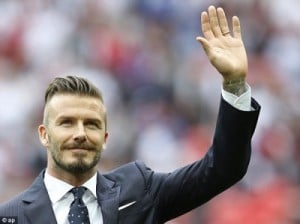 David Beckham is one of the most popular celebrities in the world today, renowned for both his footballing prowess and his sense of style.

His hair is a crucial aspect of David’s look. Over the years, he has sported a variety of different haircuts, from a floppy fringe to a trend-setting faux hawk. Whichever length or colour he chooses, the end result tends to be the same: he looks cool, stylish and handsome.

Of course, the press never fails to spin David’s latest hair style into a story, including speculating on whether he had undergone a hair transplant. This was probably triggered by fellow footballer Wayne Rooney’s two hair transplants, both of which transformed his entire look.

Has David actually opted for a hair transplant, and if not, will he need to in the future?

The way gossips are generated Gossips in the press started to suggest David Beckham was having trouble with hair growth some time ago, with writers suggesting his shorter cuts were strategically chosen to cover his impending baldness. One leading celebrity-based website reported that he had a ‘bald patch’ recently too.

Such gossip even went so far as to suggest that he had locks of his wife Victoria’s hair woven onto his scalp. Journalists started to look into the history of the Backham family’s hair, and discovered that his father Ted had shown signs of Male Pattern Baldness already.

As a result, the press wasted almost no time to speak with doctors who could shed light on the genetics behind balding, going on to suggest that David could lose his hair before turning 40. Hair specialists tried to identify signs of a hair transplant in photos of David, though nobody could actually confirm that he had opted for surgery.

They could only conclude that his hair had receded a little bit on the sides, rather than on the top of the scalp. He’s a figure in the public eye with many admirers, so it’s understandable that so much attention would be focused on his hair growth — it’s the kind of background information fans want to know.

Whenever this topic has been raised with David Beckham himself, he tends to simply smile. He has been asked about his thoughts on hair transplants, and he has said that he doesn’t disapprove of the procedure but would actually prefer to just shave his hair off instead.

If this is truly how he feels, it may be the right choice until his hair loss has run its course. Undergoing a hair transplant at too young an age can leave patients requiring further treatment in the future, as was the case with the aforementioned Mr. Rooney.

Hair transplants involve taking healthy hair follicles from the back and / or sides of the head and implanting them in balding areas. If the hair is still thinning during subsequent years, more hairs will need to be transplanted to restore growth.

If you’re interested in undergoing hair transplant surgery to regain more youthful hair growth with natural results, please do not hesitate to contact us!