A mature hairline: what is it, how to prevent or treat it? 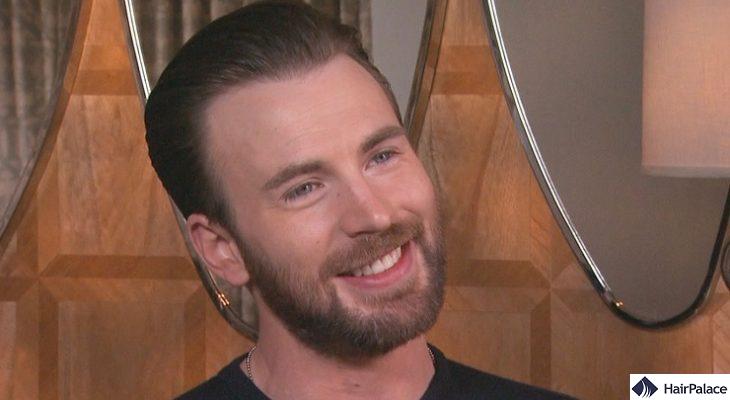 And for males, one of the most common types of hair loss is the mature hairline.

But what are the telltale signs? When does it start to affect men and, crucially, what can be done about it?

You’ll find the answers to these (and more) big questions below.

What is a mature hairline?

A mature hairline is a natural change in a man’s hair. This mild form of hair loss starts to affect men as they emerge from adolescence and enter the daunting world of adulthood.

It’s just a small part of that unavoidable evolution weall experience as we age.

As the hairline matures, it begins to recede further back along the scalp, moving away from the forehead in so subtle a way some men might remain blissfully unaware.

The juvenile hairline is essentially a straight line running directly across the forehead.

Most teenage boys will have a clear juvenile hairline, though some young men may hold onto theirs for longer. Any maturing to their hairline could be minimal or virtually invisible.

For example, in this picture of Zac Efron from 2012, we can see that he has a spectacularly juvenile hairline.

It appears to be completely linear, and beautifully complements his dense, stylish hair: 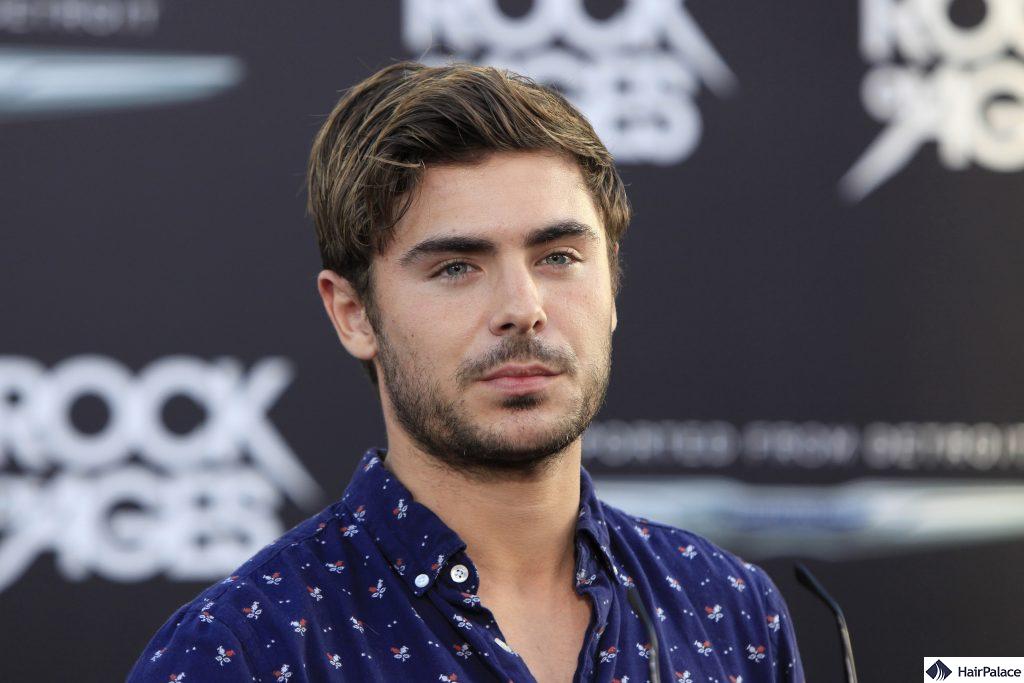 But many other male celebrities have developed noticeable mature hairlines. Assassin’s Creed actor Michael Fassbender (below) has one: 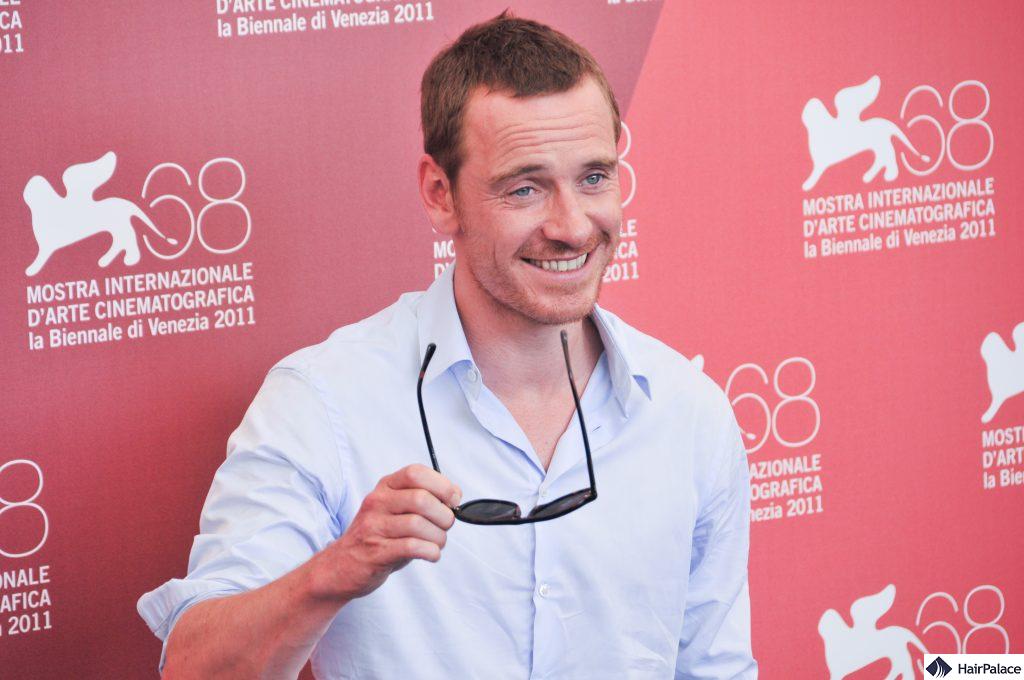 Ryan Reynolds, star of Deadpool and so many other movies, also sports a clear mature hairline:

Still, Michael Fassbender and Ryan Reynolds both have full, healthy hair. But their hairlines have receded to a higher point on their foreheads to form a moderate ‘M’ shape.

When does a mature hairline start and stop?

The mature hairline will usually start to develop between 17 and 30 years of age.

This process can vary from one man to another, and some may seem to avoid it altogether — again, compare Zac Efron’s adult hairline to that of Ryan Reynolds.

A man’s hairline may only recede by a few millimetres as it matures, though it could rise by more than an inch.

However, if the hairline continues to recede further and creeps back onto the scalp, this is more than simple maturation: it could be an early sign of baldness.

Is it a normal phenomenon?

Still, just because a mature hairline isn’t explicitly negative doesn’t mean many men won’t feel stressed or self-conscious about it.

Especially if they believe their hair is a key part of their character and style.

But developing a mature hairline doesn’t mean a man will lose more of his hair or go completely bald.

How to identify if you have a mature hairline?

The forehead may appear slightly larger than before, and some shedding can occur at the temples.

This is what creates that distinctive ‘M’ pattern that countless men develop well into their twenties or thirties.

Leonardo DiCaprio’s mature hairline is easy to identify, and has been for some time.

But his may appear to be more pronounced due to his widow’s peak (which we’ll discuss below). 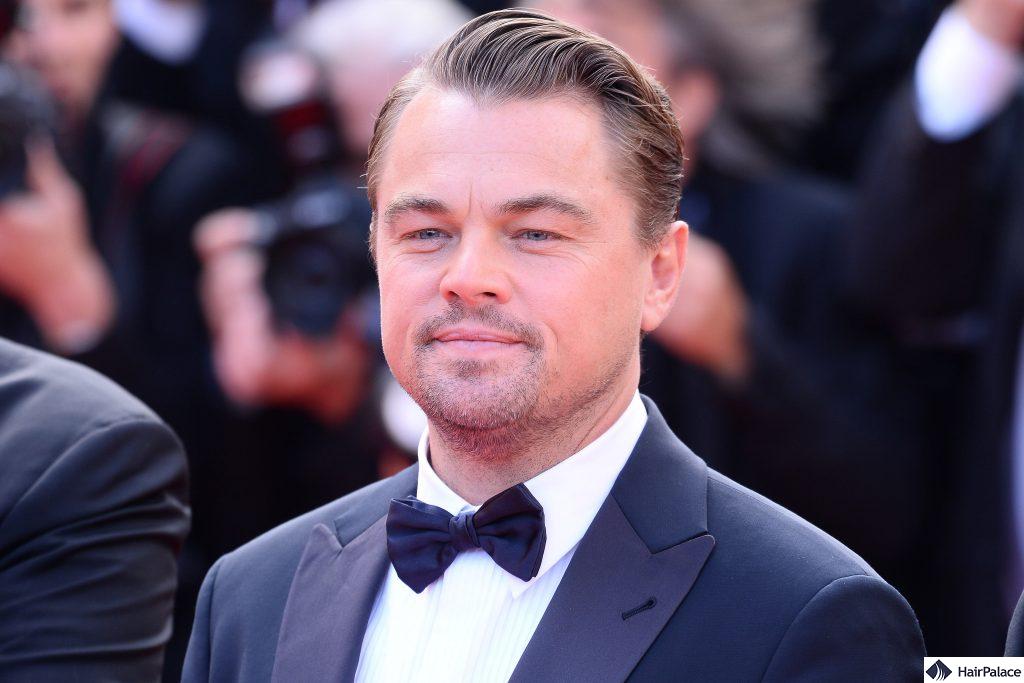 How to identify the stages of a mature hairline?

A mature hairline will begin with mild recession at the front and corners (at the temples).

Depending on the extent of maturing, the hairline may resemble a ‘M’ or (‘V’ in some cases).

Generally, the hairline will mature throughout a man’s twenties but will stop short of receding onto the scalp.

Hair loss may occur on the crown of the head if he has inherited thinning or baldness from a relative, though it could be due to another common cause such as medication or stress.

But if the hairline continues to recede and more of the scalp becomes exposed, it’s possible that it signals the onset of more substantial hair loss.

A man may experience thisat a young age, but thinning could continue over a number of years.

If you’re concerned that your maturing hairline could actually be an indicator of more extreme hair loss, such as male pattern baldness (MPB), a consultation with a hair loss specialist may help.

They will be able to assess your scalp and hair density carefully, before providing you with a detailed insight into the level of shedding you can expect to experience in the future.

What is the difference between mature hairline, receding hairline, widow’s peak, thinning hair and baldness?

Mature hairlines can be mistaken for the beginnings of hair loss, but in most cases, it’s unlikely to go further.

Thinning may occur at the crown or on top of the scalp over time, but the hairline may only rise an inch or so from its juvenile position.

Men with a receding hairline experience a much higher rise of the hairline, typically starting from the temples.

Compared to the mature hairline, the hairline recedes more than an inch.

Additionally, in these cases, the thinning continues to progress further towards the mid-top over the years.

As it is one of the signs of male pattern hair loss, it is often accompanied by thinning at the crown.

Men and women can develop a widow’s peak.

This is a V-shaped growth of hair extending towards the forehead’s centre, dropping lower than the surrounding hairline.

Chris Hemsworth, known for his impressive turn as the mighty Thor in the Marvel movies, has one:

The term comes from a historical belief that a woman with this V-shaped hair pattern would outlive her husband due to its resemblance to the pointed hood once wore during a lady’s period of mourning.

The widow’s peak can be an incredibly distinctive feature. Jack Nicholson’s, for example, has always been a key part of his look, combined with his usual swept-back hairstyle:

When a man with a widow’s peak develops a mature hairline, the V-shaping will become more prominent.

Thinning hair is entirely different to maturation of the hairline, though one may follow the other.

Hair typically thins on the top of the head, at the crown, or on the rest of the scalp.

For example, Prince Harry has thinning hair close to his crown:

Thinning hair can be incredibly difficult to cope with for some men, though treatments are available. This condition may lead to further baldness over time.

Baldness may be total or partial, as with male pattern baldness.

Men who develop MPB may notice a maturing hairline before or at the same time that they developthinning on the scalp.

Hair loss may occur across the entire top of the scalp while the back and sides remain unaffected.

Or an ‘island’ of hair often remains, though some men prefer to shave this a  consistent look.

Many men in the public eye are easily recognisable by their bald scalp, and it has become a defining physical trait for some.

Other men, though, find their baldness harder to accept. Former Manchester United star Wayne Rooney has been open about his experience of hair loss, which developed in the standard MPB pattern:

Rooney has undergone a number of hair transplants, though it appears that he will need to wait until his thinning is complete before he can expect permanent results.

How to deal with a mature hairline?

Some men may not notice their maturing hairline.

But others can feel self-conscious about this gradual change in their hair growth and worry that they’re destined to lose all of their hair.

Yet it’s vital to remember that a maturing hairline is a normal part of becoming an adult, whether it affects every man or not.

If your hairline recedes a few millimetres or an inch but no further, that could be the most hair loss you’ll experience for decades.

You may feel more comfortable if you change your hairstyle to minimise the visibility of your maturing hairline.

For example, growing your hair longer so that it hangs across your forehead can help to maintain discretion.

This could be particularly effective if you have healthy hair growth across your scalp: you’ll have the flexibility to experiment with different lengths and styles to achieve a look you’re happier with.

But it’s best to avoid cutting your hair too short if you want to make your mature hairline less noticeable. A crew cut, for example, can accentuate it more than you may expect.

Again, you could benefit from booking a consultation at a reputable hair clinic if you’re uncomfortable with your mature hairline.

A hair loss expert may be able to set your mind at ease about the likelihood of further growth, at the very least.

They might also recommend a treatment method capable of lowering your hairline and creating more dense, visible growth.

Can a mature hairline be prevented?

A mature hairline cannot currently be prevented. However, hair loss that occurs can be treated with a hair transplant.

This will restore density to the hairline and bring it slightly lower. The forehead may appear less prominent following successful regrowth.

A Follicular Unit Extraction (FUE) is the best option for anyone considering a hair transplant.

This involves extracting healthy hair follicles from the back and sides of the head using a precise micro punch.

The surgeon performing the procedure will implant the harvested follicles into the scalp to lower the hairline.

This may only require a small number of donor follicles depending on the extent of maturation that has occurred.

The FUE2 Safe System is the most advanced form of FUE treatment.

This can achieve high success rates, with 95 – 100% of implanted hairs growing back. Men who undergo this treatment can expect seamless, natural, permanent results.

But it’s crucial that you have a consultation with a hair transplant doctor before planning your treatment.

They will be able to determine whether or not you’re an ideal candidate for the surgery.

This involves examining the condition of your hair and scalp, so they can understand if further hair loss is likely to occur.

If so, they will recommend that you wait until the shedding has run its course to ensure the most effective treatment.

Men with a mature hairline may have healthy hair growth on the rest of their scalp.

This gives them the freedom to experiment with different hairstyles to frame their face and either reduce the visibility of their maturing hairline — or embrace it.

Here are 10 fantastic hairstyles that suit a mature hairline, suitable for men in diverse age groups:

If you want to speak to hair transplant specialists about treating your mature hairline or a more severe form of hair loss, contact HairPalace today!

What does it mean?

The term ‘mature hairline’ refers to the change in a man’s hair as he becomes an adult. The hairline will recede slightly to a higher point on the forehead and may create an ‘M’ or ‘V’ shape (particularly if the hair has a natural widow’s peak). This tends to occur between the age of 17 and 30.

Is it a normal phenomenon?

Yes! The maturation of a man’s hairline is a normal sign of ageing, along with wrinkles and grey hairs. It doesn’t mean that further hair loss is likely to occur.

A man who feels unhappy with the development of his mature hairline may choose to undergo hair transplant surgery. Specialists at a hair clinic can lower the hairline and improve growth around the temples (or higher up on the scalp) by harvesting donor follicles from other areas of the head.