In the video above Rob shares his account about his hair loss and his experience with the hair transplant at HairPalace clinic.

Below we’d like to show you what happened after the surgery and how the implanted area improved through the months!

Rob got in touch with our clinic in September 2016.

He booked an appointment for a personal consultation in London for the 21st of September.

The doctor examined his scalp and his donor area and found him to be a good candidate for the FUE2 hair transplant.

Rob’s explained that his goal was to fill the frontal area and build out a new hairline.

In such cases the doctors always do a quick sketch of the hairline, as you can see below: 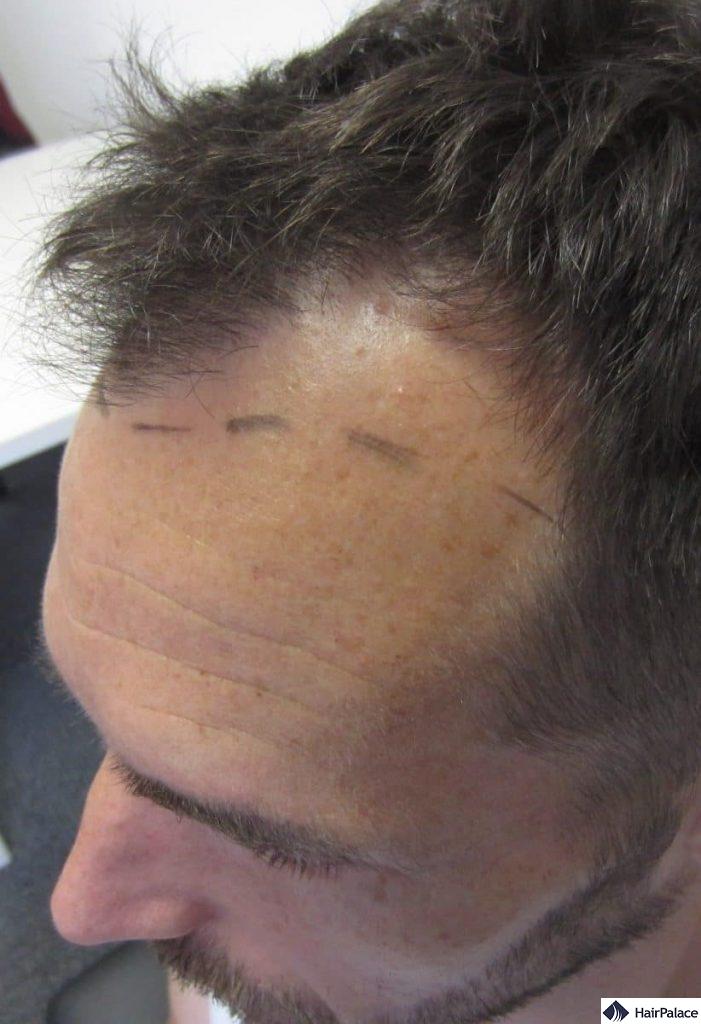 While these sketches are not too polished, they are crucial for the doctors to estimate the number of hairs.

The hairline is perfected and finalised on the day of the surgery – the implantation is not started until the patient is fully happy with the line.

The doctor proposed him 4-5000 hairs to achieve the hairline he had in mind and explained what the hair transplant would involve.

Rob let us know that he is ready to proceed in July 2017 and after taking a look at his condition once again, he booked his surgery for September.

1 week after the surgery

For 1 week after the surgery, a sterile saline solution must be used every hour.

The spray will keep the scalp clean and hydrated, and combined with the antibiotics, it will help to prevent any inflammations.

Other than the saline, nothing can touch the scalp; it cannot be washed at all during the first 7 days.

As a result, at the first check-up the scabs are still visible both on the donor and the recipient areas: 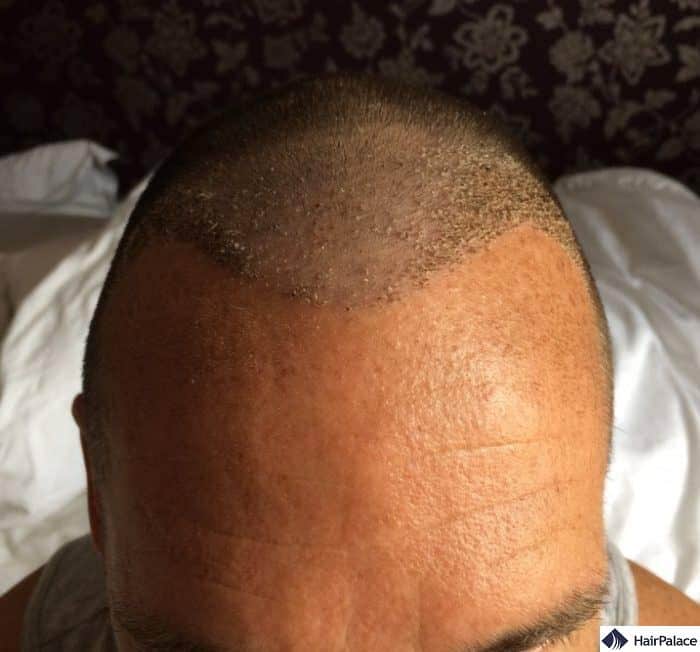 Hairline 1 week after the surgery 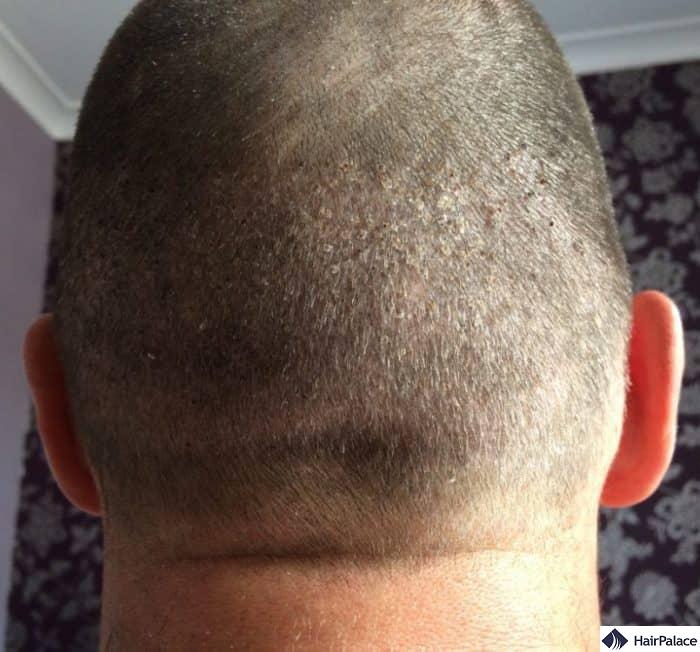 Donor area 1 week after the surgery

After the surgery, the implanted roots will need time to make connections in the tissue in their new place. And until they anchor, they can be easily pulled out.

To prevent them from getting stuck or caught in textiles, it is not allowed to cover the head for 3 weeks, and it is recommended to use a neck pillow for sleeping in the first period.

3 weeks after the surgery

By the 3 weeks’ checkup, the scabs must be all gone, but the redness might take longer to fade away.

As we can see in his check-up photo, some redness can be detected, but Rob soaked the scabs off properly:

Overall, after the 3 weeks’ examination, the implanted area will need less and less attention.

Patients can start exercising again, and they can shortly return to using their usual shampoo.

However, as it might still be sensitive, it is best to remain gentle with the scalp.

Since the hairs are still short, patients have to wear a hat or cap out in the summer, to protect the scalp from getting sunburnt.

3 months after the surgery

As the transplanted hairs start to fall out from the 4th post-op week, at the 3 month’s check-up there is not much to see.

Yet it is still important to check if the progress is going well. While usually there are not many hairs, the doctors must take a look at the condition of the scalp.

A pinkish colour and a few spots here and there are normal, especially with a bit more sensitive skin.

In these cases, the doctors may advise a gentle treatment to help them disappear quicker.

As you can see below, in Rob’s case there was only a bit of red tint on the implanted area.

Other than that, his front looks just the same as before we implanted the hairs: 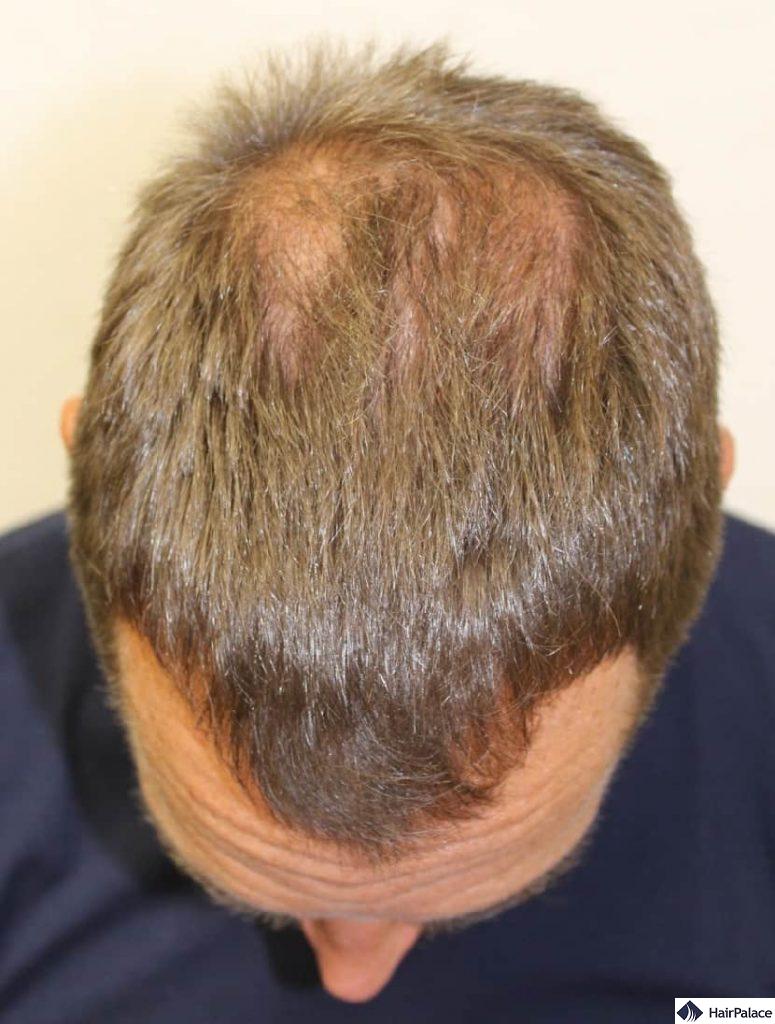 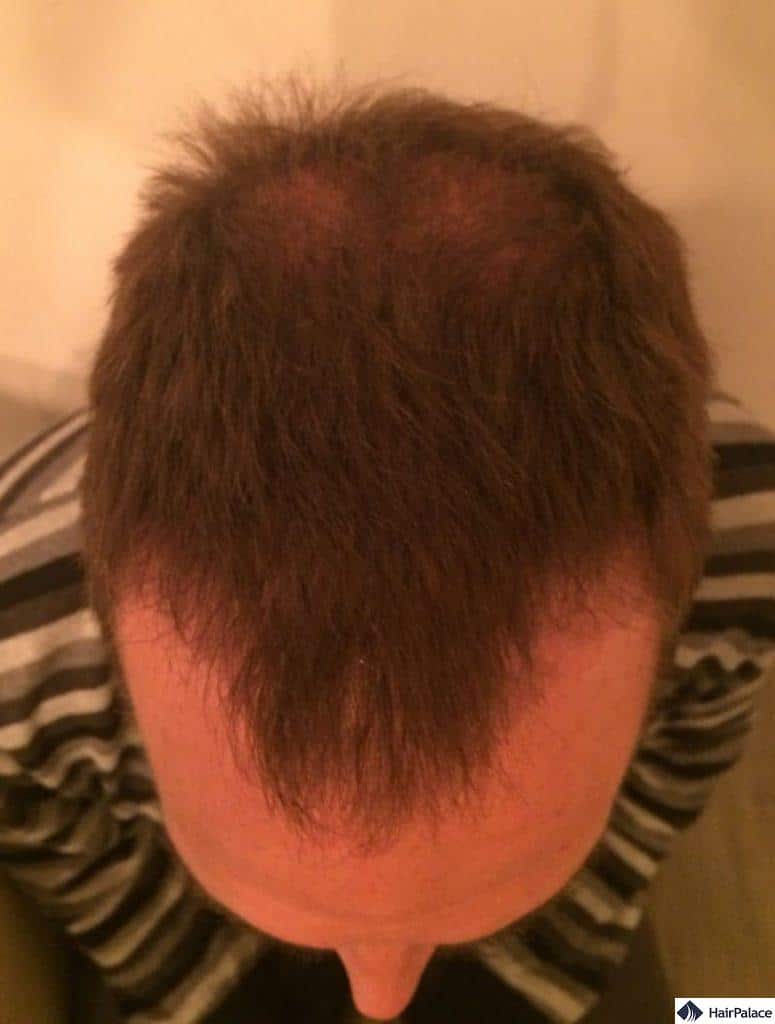 6 months after the surgery

There is a striking change happening between the 3 and 6 months’ check-ups.

As the growth period starts, new hairs appear in a significant number in just a few months.

By the 6th post-op month, approximately 50% of the implanted hairs are visible.

At this point, the implanted hairs do not need any special attention. It is safe to dye the hair, and naturally, it can be cut and styled in any way the patient prefers.

Rob experienced a rapid progress too – in his photo, we can see a really good, even density at the front:

12 months after the surgery

The growth period can last until 12-15 months after the procedure – there are individual differences.

In the majority of the cases, the process ends around the 1-year mark, when we assess the outcome.

Naturally, if the doctors deem necessary, they recommend an additional checkup.

In Rob’s case, there was no need for another assessment – the transplanted hairs have grown out in great numbers: 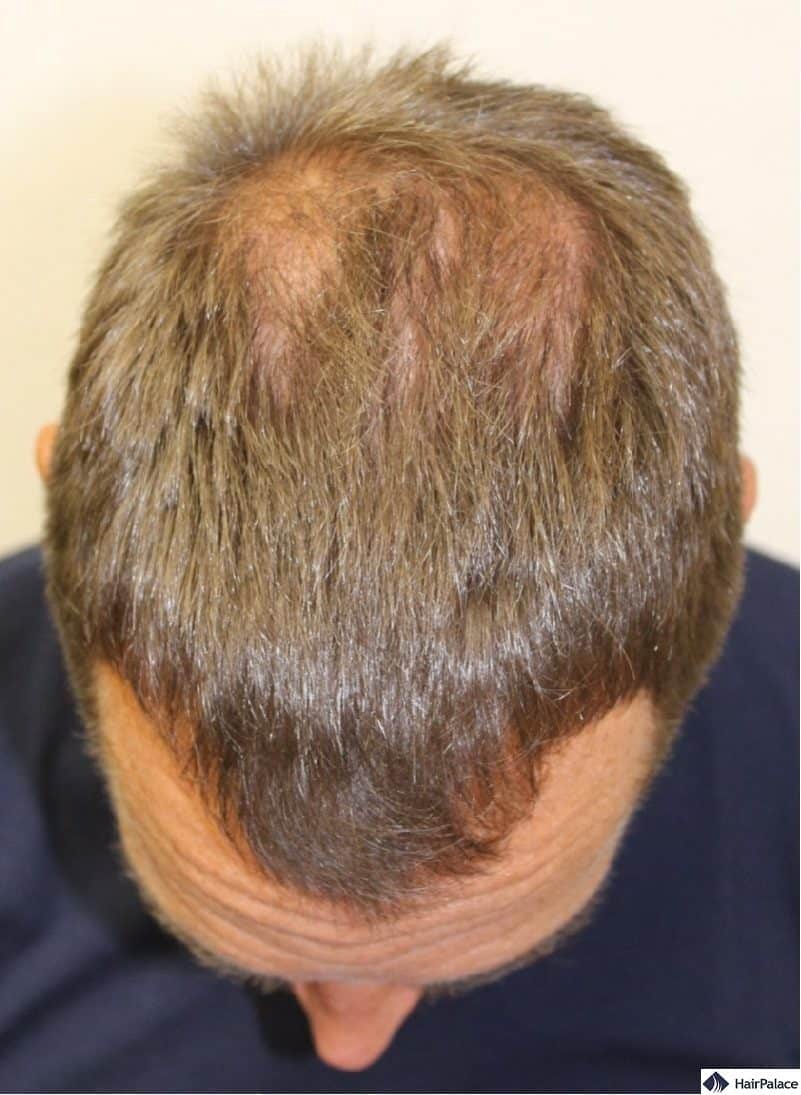 Before the hair transplant 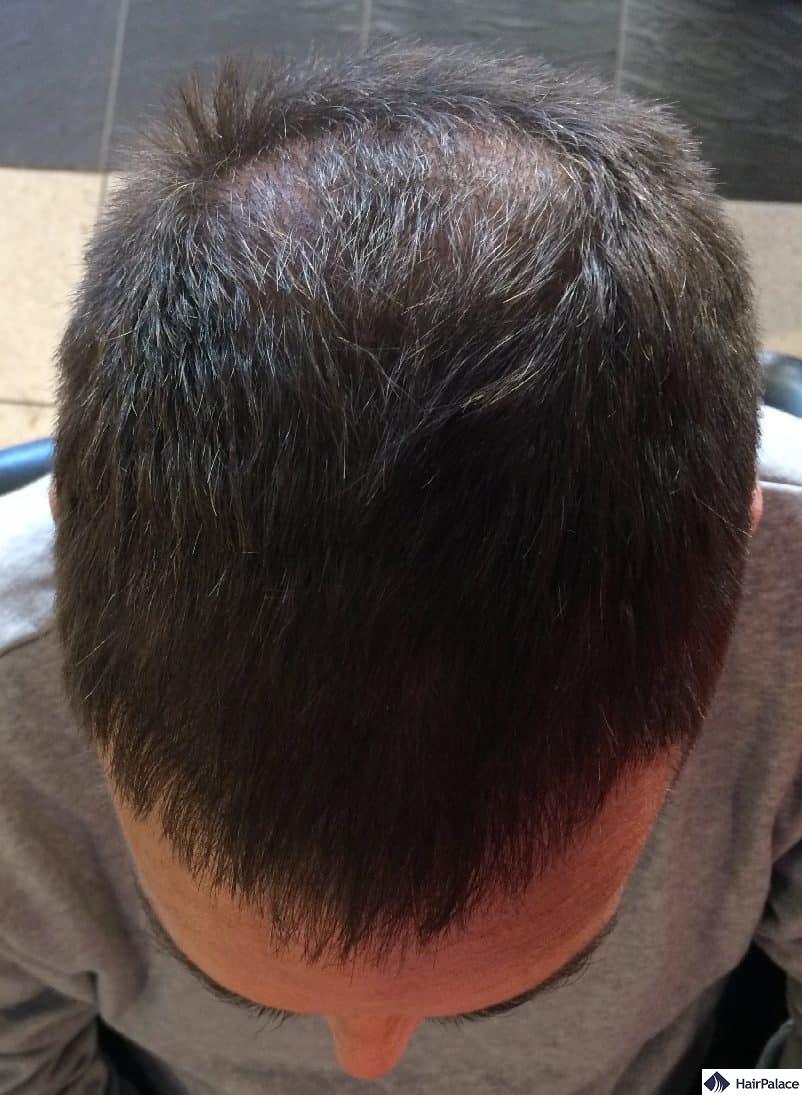 New hairline 12 months after the surgery

Would you like to achieve such an excellent result too?

Contact our colleagues on +44 20 7131 0229 or info@hairpalace.co.uk for available dates and further details about the surgery.

And if you haven’t done it already, make sure to sign up for an examination below: