Has Joe Swash Had a Hair Transplant and Was It a Success? 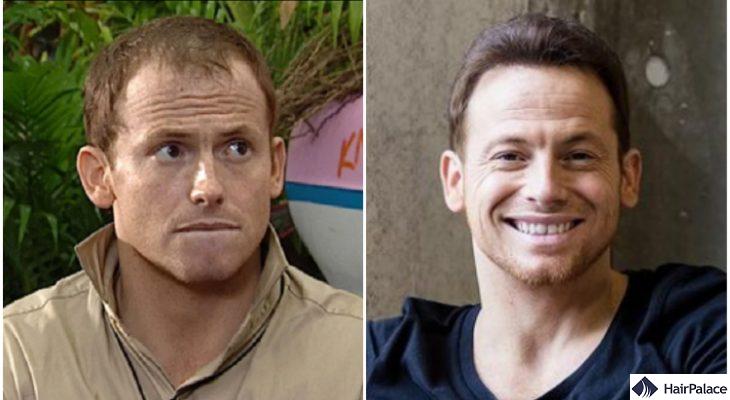 The Joe Swash hair transplant has been a popular topic in the media in the last few years.

When celebrities speak openly about their struggles with hair loss and the amazing results they achieve with hair transplants, they can inspire others experiencing the same issues to seek treatment.

Stars like Jamie Laing and Calum Best have both been frank about their hair restoration surgery — and another popular celebrity to happily talk about their story is Joe Swash.

But what treatment did he choose? Did he have multiple hair transplants? Is he happy with the results? And how can you restore your hair in a similar way?

Who is Joe Swash?

Joe Swash is a regular fixture on British television screens.

He was cast as Mickey Miller in EastEnders (the BBC’s long-running soap opera) in 2003 and stayed in this breakout role for several years.

But he’s also well known for winning the eighth series of ITV’s I’m a Celebrity … Get Me Out of Here! in 2008. Swash’s down-to-earth personality and sense of humour won viewers over during his time in the camp.

Since then, Swash has presented various television shows, including I’m a Celebrity … Get Me Out of Here, NOW! (later renamed I’m a Celebrity: Extra Camp). He has also appeared as a guest on numerous programmes, such as the hit ice-skating competition Dancing on Ice, Hole in the Wall, and many more.

Joe Swash hair transplant: Did he have one?

The Joe Swash hair transplant story made the news in 2016 after he appeared on the popular ITV talk show Loose Women. Swash opened up about his struggles with hair loss and his decision to undergo surgery.

One of the main reasons why Swash opted for a hair transplant was lowered self-esteem as he was concerned about how his thinning hair affected his appearance. He said: “I was on the TV so that might have had something to do with it. I just thought I started ageing a little bit, I looked older than I am.”

The results of Swash’s first hair transplant surgery were impressive. His hair looked much thicker after his treatment, and the transplanted hair blended seamlessly with the rest.

However, it soon became apparent that Swash still felt unsatisfied with his first procedure, and he has undergone multiple hair transplants since his Loose Women interview.

So far, he had three procedures done: his third treatment was also covered extensively by The Sun in 2018.

He shared how he had been wearing a hat to cover his thinning hair because he’s “in the public eye a little bit, so it makes him really conscious”. He said his choice to try the third treatment was “more to do with his own self-confidence”.

Swash also explained that he wanted his hair to “look a little thicker”, and that he noticed his hair loss when he watched himself on television.

This may ring true for people who feel frustrated with their receding hairline or thinning crown when they see photographs of themselves that others can see, such as when posting on social media networks.

While there are different techniques available, it’s likely that he had a Follicular Unit Extraction (FUE). This method involves removing healthy hair follicles from the back and/or sides of the head, before implanting them into the desired treatment area.

These individual hair follicles cultivate new growth over 12 – 18 months (in most cases). FUE can create thicker hair at the hairline, crown, or anywhere else on the scalp as needed.

Was Joe Swash happy with the results of his hair transplants?

Joe Swash’s hair transplants had a positive effect on his life. He said: “it was something I wanted to do, it made me feel better”.

But he also specified that he tried to have a secret hair transplant as he was “really embarrassed about it”. Some people may feel the same when considering a hair transplant, but Swash and other celebrities continue to encourage open discussion and acceptance of such transformative cosmetic procedures.

Swash also praised actor James Nesbitt and footballer Wayne Rooney for their honesty in discussing their own hair transplant story. Nesbitt has credited his treatment with helping him win more leading roles, such as in Stan Lee’s Lucky Man.

However, Swash chose to undergo multiple sessions to achieve an even thicker head of hair and restore it to a condition he felt truly happy with.

Thankfully his girlfriend Stacey Solomon was totally supportive and made him feel comfortable about his decision to get further treatment. It may be that his initial procedures involved fewer follicles than may have been necessary, or that his male pattern baldness progressed over time.

Joe Swash hair transplant before and after

Did he have other hair treatments?

Can you have the same treatments he had?

If you’re worried about going bald and want to restore your hair like Joe Swash, hair transplant procedures are more accessible and affordable than ever.

You can choose from various techniques, though FUE is the most popular due to its incredible results and success rates. But it’s crucial that you have a consultation with a specialist to determine if a hair transplant is right for you.

A consultation is a perfect opportunity to explore your options and find out how a surgeon can transform your hair and help you to ditch hats for good just like Swash.

HairPalace offers in-depth patient consultations across the UK. Meet an expert, ask questions, and discover how the treatment works so you can make an informed decision.

Other celebrities who underwent hair transplantation

3 Sources
HairPalace relies on scholarly sources, including peer-reviewed articles, as well as publications of medical associations and academic & research institutions. We follow strict sourcing guidelines and avoid tertiary references. Read our editorial policy for further information on how we keep our content up-to-date and accurate.
Free Hair Analysis
Find out in 3 minutes if you are a good candidate for a hair transplant!
Start your free hair analysis!
Recent articles
Contact