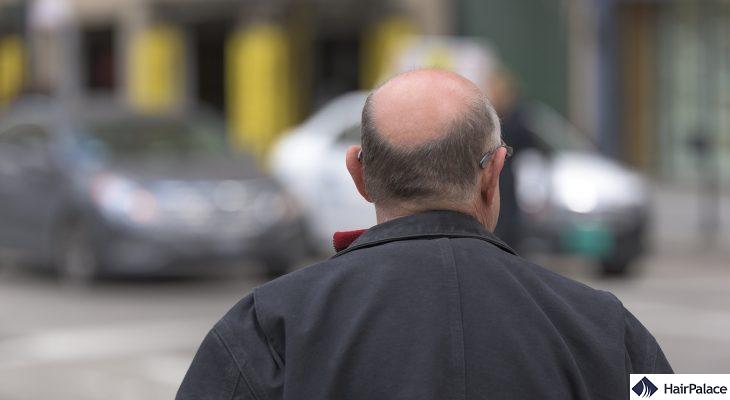 Hair loss affects around 40% of men in the UK. And it can be incredibly hard to accept at any age, but particularly when it strikes in a man’s twenties or thirties.

But researchers continue to work on alternative hair loss treatments, often with mixed results. And WAY-316606 is one of the latest to make headlines.

It may not have the catchiest name, but WAY-316606 has still sparked excitement. Could this be a real cure for hair loss? Or is it simply unviable?

WAY-316606 is a drug used to treat osteoporosis, a condition causing bones to become fragile and more vulnerable to fractures. This is, sadly, common: osteoporosis affects more than three million people in the UK.

WAY-316606 received media attention when researchers from The University of Manchester’s Center for Dermatology Research published a study in the journal PLOS Biology. The project was led by Dr Nathan Hawkshaw and his colleagues, with an aim to identify new solutions for stimulating hair growth.

They set out to understand exactly how Cyclosporine A (CsA), a well-known immunosuppressive drug, affected hair development. CsA has been prescribed for autoimmune conditions and organ transplant rejection since the ‘80s, but it can have certain side effects — including the growth of unwanted hair.

With this in mind, the researchers undertook a complete analysis of isolated follicles taken from a human scalp, donated by more than 40 patients.

How does it work?

The researchers at The University of Manchester’s Centre for Dermatology Research discovered that CsA decreases SFRP1 (secreted frizzled-related protein 1) expression.

What is SFRP1? It’s a protein known to inhibit the formation and growth of certain tissues, including hair follicles.

This is a protein in the human body, and known to block Wnt signaling pathways, which control numerous processes related to key bodily processes. This is believed to play a role in osteoporosis development.

Why? Because the pathway stimulates the production of more osteoclasts (cells responsible for bone resorption, or the breakdown of bone tissue) than osteoblasts (cells which form bones).

CsA activates the Wnt signaling pathway and cultivates clearer differentiation between both cell types. Ultimately, this results in decreased degradation of bone and increased bone growth.

SFRP1 brings the catagen stage of the natural hair cycle into effect prematurely. This is the second phase of the cycle, following the anagen phase but preceding the telogen phase.

During the anagen phase, hair bulbs develop at the base of follicles and mature into a strand of hair which eventually grows beyond the scalp.

The hair bulb detaches from its blood supply and the hair rises further along the hair shaft, while the follicles shrink around it to aid its movement. The hair strand remains attached to the follicle but only loosely, so that it can be shed in a normal, healthy way.

However, when SFRP1 is blocked, hair follicles stay in the anagen stage of the growth cycle for longer. And this encourages more growth.

The team found that CsA triggers unwanted hair growth in patients by taking away the natural blockage that could inhibit follicular growth.

Dr Hawkshaw realised that WAY-316606 targeted the same mechanism as CsA by antagonising SFRP1 specifically. He used this drug to treat sample hair follicles — and discovered that the hair growth was enhanced as it would be with CsA.

He believes that using WAY-316606 (or compounds of a similar nature) could stimulate hair growth to the same extent that CsA can, if not better.

What does the latest research say about WAY-316606?

Clinical trials into WAY-316606 as a hair loss treatment seem to have been ongoing, yet there’s little news available. There has been online speculation that a company may have been coming closer to bringing a hair treatment product to the Italian market, though it’s unclear whether there has been significant progress at the time of writing.

However, CsA has also been connected to renal failure, which means that it could pose a significant health risk. While WAY-316606 or similar compounds may function differently and target hair loss/growth specifically, it’s still crucial that any companies looking to develop treatments bear this side effect in mind.

The future of WAY-316606 as a hair loss treatment appears uncertain. Clinical trials and extensive research are vital to determine how effective this could be as an alternative to established treatments, such as minoxidil and finasteride.

There’s also the matter of application. Would this new “miracle cure” be administered orally as a pill, or would it be applied directly to the scalp as a topical treatment? In both cases, it’s possible that patients would need to keep using it for the foreseeable future to retain the benefits.

That’s the core issue with existing non-surgical treatments: even if they do achieve a positive result, the patient must follow a rigorous application routine. Otherwise, the hair that has regrown may fall out and bring the user’s shedding back to its previous condition.

It’s fair to say that it’s far too early to hail WAY-316606 as a credible treatment for hair loss.

At present, the most effective hair restoration method is a hair transplant.

Hair transplants: How do they work?

During a hair transplant, a surgeon will remove healthy hair follicles from donor areas: the back and/or sides of the head. These areas tend to remain unaffected by hair loss in the majority of cases, particularly with male pattern baldness or receding hairlines.

These harvested follicles will be implanted into the thinning/bald spots on the scalp through a delicate process. This typically takes hours to complete, particularly for more severe hair loss, but the eventual results speak for themselves.

Here’s just one example of a successful hair transplant: 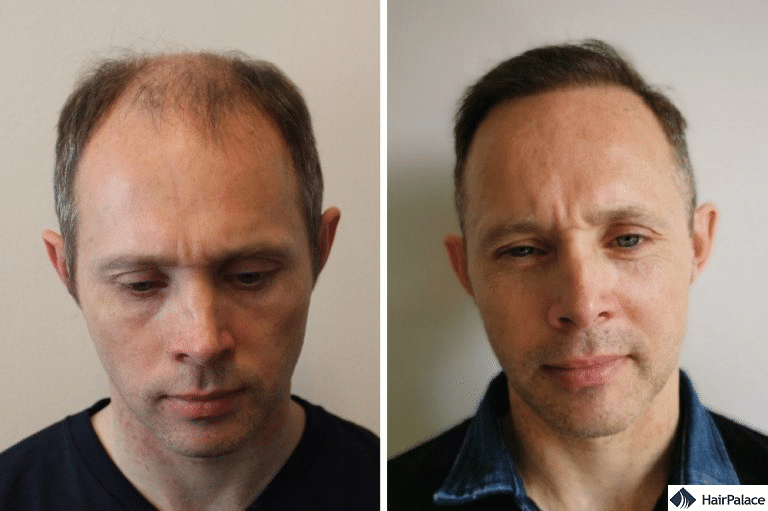 To discuss your hair transplant with our team, or to book your consultation, contact HairPalace today!

WAY-316606 is a drug prescribed for patients living with osteoporosis, a condition that causes bones to become more fragile and susceptible to fractures. This can be an incredibly challenging condition, but WAY-316606 can help to reduce its effects.

How can it help hair loss problems?

Research shows that WAY-316606 may help to reduce hair loss and promote hair growth in patients. This is due to its ability to block SFRP1, a protein that inhibits the growth of hair follicles and other tissues. Though results are promising, extensive further testing is required.

Is this the future for curing hair loss?

WAY-316606 (and similar options) have been linked with various side effects, including kidney issues. Much more research is required to determine whether WAY-316606 is a viable solution for hair loss over time.